Let’s look at some of the most common violent crimes:

Murder is the most serious Violent Crime that you can be criminally charged with. It is the unlawful killing of another person with malice aforethought. Manslaughter is a lesser charge that applies when a person kills someone without intending to do so. Rape is the forced sexual intercourse of one person against their will. Robbery is taking something from another person by using force or threats. Assault is an attempt to injure someone else physically.

The penalties for Violent Crimes depend on the type of Violent crime. They are classified as felonies or misdemeanors. Felony sentences are harsher than misdemeanor sentences.

Murder is a Class A felony, punishable by up to 60 years in prison. Convicted murderers must serve at least 85% of the sentence before becoming eligible for parole.

Manslaughter is a Class B felony, punishable by up to 20 years in prison and/or a fine of up to $15,000.00. If someone has been killed during the commission of another crime, the person who commits manslaughter could be charged with both manslaughter and that other offense even if they were acquitted on murder charges.

Rape is a Class A or B felony, punishable by up to 25 years in prison, depending on the age of the victim.

Robbery is a Class C felony, punishable by up to 10 years in prison and/or a fine of up to $10,000.00. If the robbery results in serious bodily injury, the sentence may be increased to up to 20 years imprisonment.

Assault is a Class A misdemeanor, punishable by up to one year in jail and/or a fine of up to $2,000.00. If the assault results in serious bodily injury, the sentence may be increased to up to five years imprisonment.

The Violent Crimes Unit of the Connecticut State Police is responsible for investigating Crimes throughout the state. The unit consists of Violent Crime squads located in 22 towns across Connecticut. These police detectives investigate Violent Crime complaints brought to them by local police departments or state troopers.

Have You Been Charged With A Violent Crime In New Haven, CT?

If you have been charged with a Violent Crime, it is important to seek the help of an experienced criminal defense attorney. Violent crimes can carry harsh penalties and require a robust defense. An attorney can help protect your rights and work to get the best possible outcome in your case. Contact Rachel Mirsky today for immediate help on your case. 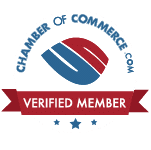